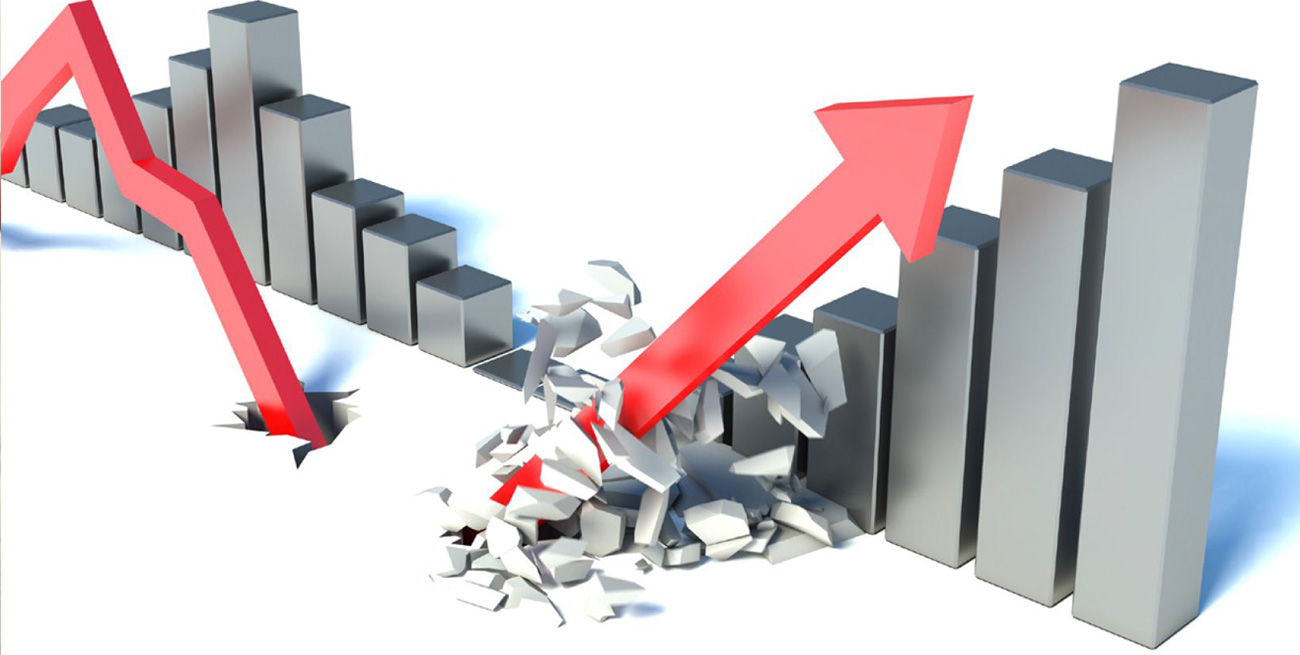 14 Nov The Anatomy of a Turnaround

Posted at 17:19h in Articles, Daniel Parry by admincairn
0 Likes

In October 2017, Moody’s Analytics published Auto Finance Insights and in it declared that a day of reckoning had arrived for subprime auto. The following month, Bloomberg declared that subprime auto delinquency was at crisis levels. In April 2018, Bloomberg also reported that subprime auto loan delinquency was worse than in the financial crisis. The perennial headline is that losses are through the roof and the next major crisis is at our doorstep. Bill Gates once said, “Headlines, in a way, are what mislead you, because bad news is a headline and gradual improvement is not.”

Poor batting average aside, what these journalists and market analysts have missed is the fact that the vast majority of sub-prime auto lenders have tightened up over the last two years, and the results of their efforts are starting to show. September ratings updates from S&P reported that a number of major subprime auto lenders had downward revisions to their loss estimates based on improved performance. In October of this year, Equifax reported that subprime auto originations were down, as well as auto loan defaults. All of this speaks to an environment where executives have shown discipline and are behaving rationally, in spite of what the pundits have been saying.

When a lender funds an auto loan, it is typically 45 days before the customer has to make their first payment. When consumers default on payments, it is generally between 60 and 90 days past due before the lender is assigning the unit for repos.session, and another month before the car is re-acquired, put through auction and charged-off. This means that you are six months into the life of a pool before you see any meaningful default activity.

For most lenders, it is 12 to 18 months from origination before you hit the steep portion of the loss curve for a single vintage (month) of originations and it could be more than two years before credit changes move the needle on the entire portfolio. While the market experts are predicting imminent doom based on current portfolio statistics, many lenders were methodically executing turnarounds in order to shore up their bottom line.

The term “turnaround” is often associated with catastrophically bad management, where the board must completely change out the leadership team. That is not what I am referring to here, but rather where early indicators reveal that the trajectory of price, credit loss and expense is unsustainable. The number one reason why auto lenders fail is that management does not act quickly or decisively enough to turn things around when negative trends present themselves. The underreported good news for today is that auto lenders are showing that they have learned important lessons from the past and have proven this by executing strategic turnarounds in their own companies.

There is an adage in the investment community that says revenue is vanity, profit is sanity, but cash is king. When lenders shut their doors, it is ultimately because they run out of cash. The process of burning up all of your cash is a protracted one, somewhat like boiling the frog – many in the company don’t know it is happening until a crisis appears and it is too late. Fortunately, the culprits that lead to this state are common and easily detected for managers whose eyes are open. These are:

Poor controls
Early stage lenders often have founding executives and other managers wearing many hats, but as the lender gains scale, responsibilities must be appropriately separated. Companies with poor controls open the door not only for theft, but for unscrupulous managers to subvert the lender’s entire strategy.

Myopic targets
Be careful what you wish for. Many lenders have created incentives on things like volume or dealer signings and were surprised when clever employees figured out how to hit those targets at the expense of credit and pricing. Similarly, collectors incented on raw delin.quency or loss numbers can find creative ways of reclassifying paper as performing while no money is being collected.

Suboptimal management
Whether they are focused on power, money or are merely trying to insulate themselves from being held to any real performance stan.dard, suboptimal managers are an abso.lute albatross around a lender’s neck. They exploit the lack of controls and poorly conceived incentives to enrich them.selves at the company’s expense. When you look at lenders that either fail or have near death experiences, the employees of those companies can usually point to one unconstrained manager who steered the bus right over the cliff.

Weak CFO/controller function
Cash is truly king, and there must be someone who keeps control over it in support of the busi.ness model. A lender can have a very good controller or chief financial officer, but if that person is not fully supported by the CEO they cannot be effective. Lenders without a strong financial control function will often see suboptimal managers building empires of minions beneath them, burning cash on employee boondoggles or worse yet, enrich.ing themselves by funneling business to out.side parties who will reward them personally.

Poor risk management
As discussed in the opening of this article, it takes a sig.nificant amount of time before bad perfor.mance becomes evident in a pool of loans. Lenders without a robust risk function may not notice problems until they have 18 months’ worth of toxic originations in the portfolio. By the time the lender is aware they have a problem, their borrowing base has contracted, and they may be in breach of performance covenants. At best, this results in severely contracted lending capac.ity. At worst, the lender’s credit facilities are shut down.

Anatomy of a turnaround

Prior to the Great Recession, lenders were often guilty of giving away credit to get volume. What we have observed this time around is not a wholesale lowering of underwriting standards, which is the auto.matic assumption in the press, but rather pricing the business too low in order to compete. There are many cases where mid-tier subprime lenders are pricing around 15 percent, with an eight percent annualized net credit loss. The eight percent loss figure is what should be expected from that credit tier, but the mid-teens price point means that there is only seven percent left to pay for borrowing costs and operating expense. In that scenario, most lenders in the niche would be losing money.

Since late 2016, we have seen many large subprime lenders pull back. The resulting contraction is likely to have taken at least $20 billion in lending capacity out of the non-prime market. Lenders recognized that the market of 2014 through 2016 was intensely competitive, and CEOs of those lenders by and large took steps to turnaround their businesses in terms of ensuring that they operate at a volume level that will support the right pricing, credit and expense base.

Turning around the business is not always as simple as changing pricing or a score cutoff. It requires a thorough audit of the sources of deterioration that led to the problem, and a thoughtful action plan on implementing changes that rectify the deficiencies. That process should include the following:

Assessing leadership
Not everyone who was effective managing a $10 million portfolio can handle a $100 million port.folio. As lenders scale, they tend to bring leaders along who are increasingly over their head. Drowning managers tend to create an exaggerated amount of turmoil as they try cover up their inability to execute. CEOs and other senior executives must do a complete review of leadership talent at every level to ensure that they are not supporting either incompetent managers or suboptimal ones, who are working for their own benefit at the expense of the company. A lender cannot execute a solid turnaround strategy with the same people and processes that got them into trouble in the first place. There must be a thorough talent review with upgrades where necessary.

Establishing swim lanes
Someone has to be in charge – period. Garnering varied input and giving others a voice is fine, but at the end of the day someone has to make and be 100 percent accountable for a decision. Management by committee or consensus does not work, and typically results in a single negative opinion leader driving execution. For major leadership roles, the person accountable for the result must have the authority to make the final call. This is particularly important when it comes to the chief financial officer, who must be able to enforce policies, controls and budget constraints. Swim lanes refer to setting boundaries across departments and leaders. The concept of swim lanes is in essence a charter that spells out what is in each managers area of responsibility, and what is not. It clearly identifies who has the right to have input on a decision, and who gets to make the final call – and very important, who should not be involved in the decision. A person’s willingness and ability to operate within clearly defined swim lanes should be the first consideration when evaluating leadership.

Implementing controls
I have seen a number of situations where managers maintain an elaborate ruse designed to con.vince outside parties that they have very strong controls, but in reality, they have carte blanche to do whatever they wish – including falsifying information on loan documents, manipulating performance numbers or defrauding capital partners. Every lender must have a comprehensive, best-practices driven set of controls. In addition, they must have a culture com.mitted to supporting those controls, and a robust audit function to make certain they are enforced. As mentioned before, a weak control culture allows the suboptimal manager to thrive.

Upgrading risk management
In the opening of this article, I discussed how long it takes to observe poor performance at the portfolio level. If you wait until the problem is obvious, it is typically too late to make changes that will drive results in the near term. Lenders must implement a true risk management function, which is far more than placing an operations person over credit policy. It involves the establish.ment of reporting and analysis that gives the lender significant lead time on performance shifts so that changes can be made before a year or more of toxic loans have made their way into the system. In addition, it provides the lender a data-driven method for assessing the quality of the credit pro.gram, and for making improvements.

Moving ahead
One of the books I read last year was The Hot Seat – The Startup CEO Guidebook, by Dan Shapiro. It is a great and quick read, and I recommend it to anyone involved in a startup. The very first lesson in the book involved a problem founder and the inabil.ity of the CEO to remove him because they were too close. This is a common problem with startups and one that entrepreneurial experts will tell you is the culprit behind most failures.

Being a successful change agent, particu.larly with a team of people that may have been together from the outset, is extraordi.narily difficult. Unfortunately, the decision frequently comes down to either making tough calls today with a few individuals, or everyone being out of a job tomorrow. People do not volunteer to have their power limited, controls imposed, or high stan.dards enforced. In fact, they will push back aggressively against it.

Credit is a moving target, competition changes and economic factors can wreak havoc on the business. Having periodic per.formance issues is not a sign of weakness in the business itself, but should be expected. It is the action taken by management to navigate these challenges that should define the quality of the lender. For this reason, it is crucial that executives wishing to change the direction of their business pay attention to the sources of deterioration mentioned above and execute strategic turnaround plans that powerfully address each deficient point in the existing model.